You are here: Home / Love Your River / Issues / Flooding 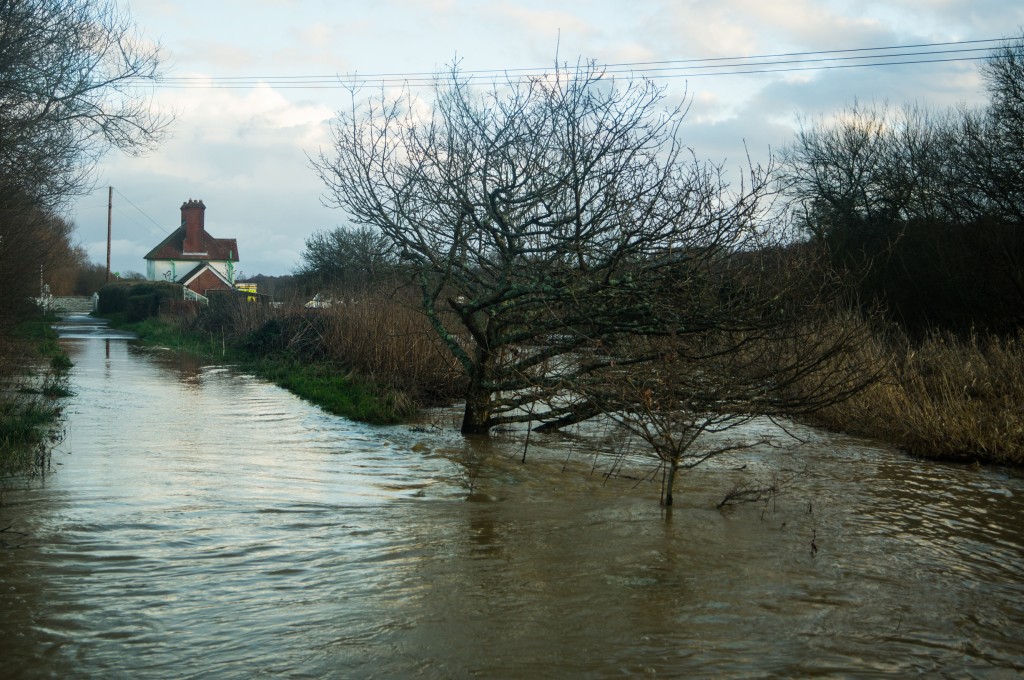 River systems on the Island are typically small hill streams rising at the base of the chalk beneath the Downs. Periods of high flow are short lived but peak flows are high.

In the past the Island’s open countryside allowed more rain to soak into the ground slowing down runoff and allowing rivers to rise slowly. Conversion of pasture to arable land has meant water now enters the river more rapidly through furrows. Additionally, river engineering and building in the floodplains have all helped to accelerate the rise in river levels during heavy rain. Building in floodplains is not a great idea.

Sustainable drainage systems, both in urban areas and on farmland can help slow down the passage of rain from the land into the Island’s rivers.

In the past flood alleviation schemes were carried out in the Schoolgreen area of Freshwater, on the River Medina between Shide and Newport Quay, on Lukely Brook between Towngate Bridge and Westminster Mill, at Shalfleet Mill Stream, Thorley Brook and on the Eastern Yar between St Helens and Southford Mill.

Monktonmead Brook at Ryde has a long history of flooding. The Isle of Wight Council, Southern Water and the Environment Agency have delivered a number of schemes in recent years which they hope will alleviate the problem.

Householders and businesses can inadvertently cause problems when working in or near rivers. It is safe to assume that if you are doing any work you should be getting from consent from the relevant authority.